EVENTS TO DATE & EVENTS TO COME

The Appeal’s first event took place in the magnificent surroundings of Verdala Palace on the 26th May when our Distinguished Patron, Her Excellency, Marie-Louise Coleiro Preca, President of Malta, hosted a reception for potential Corporate Sponsors and Foundations and Appeal Members.

The evening went on late into the balmy Maltese spring night with the guests – including a group of potential French donors – taking up position on the staircase leading down to the stepped gardens.

Our second event was the concert given by the renowned Choir of Jesus College, Cambridge, on 9 July, which was held in the garden of historic Palazzo D’Aurel. More than a hundred guests applauded the lively selection of ancient and modern songs. Our thanks go to our host and hostess, Appeal Committee member the Baron Gino Trapani Galea Feriol and Ms Sue Brown. A sum of Euro 4000 was raised for the Appeal. 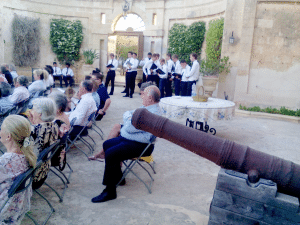 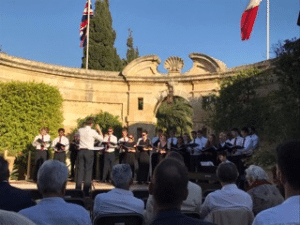 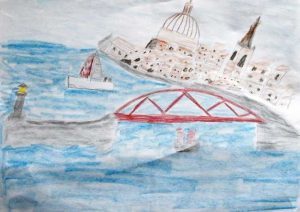 A Nationwide Children’s Art Competition has been launched by Lucy Paterson and Michele O’Reilly. HE Marie- Louise Coleiro Preca, President of Malta, has graciously agreed to present prizes to the winner and runners up at a special event at San Anton Palace. Entries to the competition close in October. Details on how to enter may be found under Events on our www.savethecathedral.com website.

A Family Film Night at Villa Bologna will be held on Tuesday, 25th July. Details are available under Events on our www.savethecathedral.com website. Booking is now open.

And on Saturday 21 October an exclusive Grand Lunch is to be held at the Verdala Palace by kind permission of Her Excellency, Marie-Louise Coleiro Preca, The President of Malta. Watch our website for further details to be announced shortly.

A “must” for your diary in 2018: We are also planning a grand performance of Handel’s Messiah at St Paul’s Anglican Pro-Cathedral on Friday, 12th January 2018. The  Malta Philharmonic Orchestra under the baton of Maestro Michael Laus will be joined by the Goldberg Ensemble and the University of West Australia Choral Society who are coming to Malta from Perth as their contribution to the Restoration Appeal. Booking will shortly be open at the Manoel Theatre. This promises to be a spectacular concert.